Also, it will replace LISEIA as the central figure in the region. It is worth noting that these changes will affect various areas of activity related to energy and the formation of new economic relations. The company will be able to consolidate all the players in the market and provide favorable conditions to develop new solar projects.

This alliance will be led by Tara McDermott, which is a stakeholder relationship at EmPower. Her experience will consolidate various activities to advance the idea of solar power. The state will run by Jonathan Cohen, Arthur Perri, and Stephen Foley. Administrative and economic activities will lead to an improvement in the overall situation. It should be noted that the new union forms a close infrastructure for the relationship between business and municipal enterprises.

These persons will allow them to support new activities and motivate the board of directors to invest in solar power. In this way, this team can change the attitude of power structures to the developing solar business. It is worth noting that many representatives of the new team have experience in the development of such projects and are ready to invest their strength and knowledge in new activities. 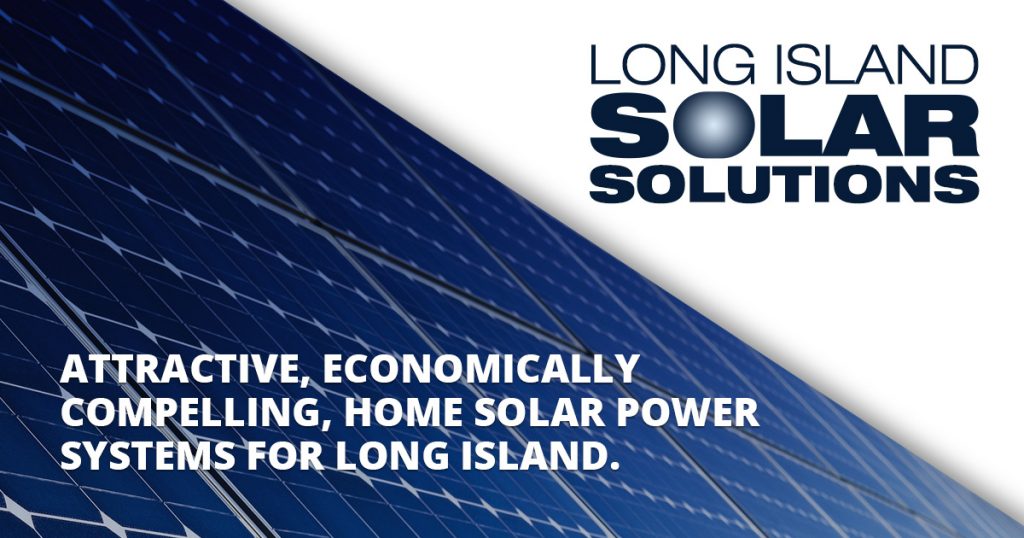 At the moment, Long Island cannot boast of impressive results in terms of the development of alternative energy. Today it is only 467 MWAC, which distributed throughout the state. Nevertheless, there is a direct explanation for this. Since 2016, local entrepreneurs began to receive fewer benefits and preferences for the introduction of solar energy. MW-Block incentives have become less accessible to everyone. VDER has also created the opportunity to use more powerful energy sources since 2018. It suspended the activities of the previous association. Unquestionably, LISSA faced an essential and challenging task. It is necessary to provide a region of green energy that would be competitively capable. According to David Schieren, the state will receive 10 GW of solar power by 2040. This 10-year marathon will make it possible to realize all the main ideas to provide the state and surrounding regions with the necessary amount of electricity.

At present, the leaders of LIPA and LISSA have created an alliance to provide local investors with new opportunities and profitable projects to cooperate in the field of green energy. It will allow you to interact with stakeholders and predict the active growth of the industry as a whole. Also, such activities will attract various investments from other States and positively affect the overall economy. Thus, these activities will positively impact the growth of the economy.

One more step to popularize alternative energy is the LISSA action about legal changes. It is worth noting that support for the 2019 Long Island Solar Report Card is significant for all residents of the region since, at the moment, there are several legal restrictions. In particular, this concerns bureaucracy and the requirements for the number of documents. Many people have to wait six months to get permission to install solar panels in the private sector. That is why the alliance intends to change all legal and legal aspects to simplify the process of interaction with local activists and provide people with new opportunities. These activities will be able to popularize sun power and lower the threshold for entry into this sphere.

According to Shyam Mehta, NYSEIA chief, the new alliance may affect the current situation in alternative energy. New unions and social actions will help attract public and private companies to develop this industry. All this will allow consolidating new production capacities and resolving many issues of solar policy. It is a critical issue for the entire staff that can only address together. It can also accelerate the implementation of positive solar reforms and other aspects. Shyam Mehta also emphasized that such changes were made possible solely due to the corporate policies and responsibilities of many people. Such changes will help the entire state adopt more green technology.

According to McDermott, this merger will help draw more attention to Long-Island sun power. In the long run, this will become a useful lever for innovation and will allow introducing various technologies into modern energy formats. Also, life will serve as an impetus for the formation of different economic ties that will maintain at the state and private level. In general, this will be a positive outcome for many people in the state.

It is worth noting that the first attempts to lobby for solar power and the development of alternative energy in the region began in the 1970s. Then, yes, the oil crisis and the problems of world order were on the list. Now the situation has changed for the better. Still, the state authorities need to make any changes to the legal and economic policies to stimulate the conservation of sun power industries. Namely, the storage of electricity is an important aspect and a critical factor in the further development of the region.