Modern people do not use many desert land areas. Egypt’s Western Desert and other places are deserted and lifeless. But it is easy to fix for the benefit of the population. Egyptian authorities are building Benban Solar Park, which will become the largest power plant in the world. Currently, the total built-up area is 37 square kilometers. The authorities plan to place 32 power plants connected by a universal energy channel.

This monstrous design will generate 1,650 megawatts of electricity. This amount of power will be enough for many homes, companies, and factories. Hundreds of thousands of citizens will be able to get affordable electricity. According to the authorities, by the end of 2019, all power plants will be connected to the country’s unified energy network. It will help Egyptian citizens reduce their energy bills. The government plans to fight poverty by cutting electricity tariffs.

In a recent interview with Egyptian media, Sunil Kulkarni (Shapoorji Pallonji’s executive officer) announced the use of revolutionary technology in construction. Benban will help Egypt improve the situation with renewable energy by locating power plants in an uninhabited part of the country. In total, 13 companies are involved in construction. The project has recently been funded by $ 653 million. IFC issued the loan.

Thanks to lending, the project uses innovative technologies and the most efficient solar panels for energy storage. A complex of power plants will be able to generate energy even in cloudy weather. New batteries are less susceptible to wear, and solar cells are resistant to temperature extremes in the desert part of the country. It guarantees moderate maintenance costs for the entire complex.

Renewable energy has long interested Egyptian officials. The climate of the country is favorable for the installation of wind and solar power plants. Egypt is one of the world record holders on sunny days. Weather and desert features allow you to place multi-kilometer power plants. The problem is that previously, solar panels were more expensive, quickly crashed, and were difficult to operate. It has led Egypt to live on fossil energy for many decades.

Now the technology of solar panels has become more advanced, and production and operating costs have become significantly cheaper. The Egyptian government plans to cover more than 20% of its electricity needs through solar power plants by 2022. It will reduce the total cost of tariffs and strengthen the country’s economy. Lamya Youssef, the head of EETC, is excited about innovation. In his opinion, this will allow the country to get more investment from the private sector.

Population growth in the country has complicated many economic processes. The energy sector will be able to develop thanks to third-party investments and new technologies. Benban Solar Park will be one of the most significant Egyptian renewable energy projects. The problem of energy is acute in the country. Subsidies for utility bills cost the state budget more than health, science, and social welfare. Now the situation will change dramatically, as citizens will be able to receive clean and affordable electricity.

A complete reform of state structures and cooperation with private companies will help Egypt overcome economic difficulties. The primary guideline for officials was the previous Shapoorji Pallonji project. He allowed gaining invaluable experience and confidence in the reality of a large-scale project. Now the Egyptian authorities are focused on the implementation of a promising complex of power plants to surpass competitors.

Future Perspectives of the Egyptian Project 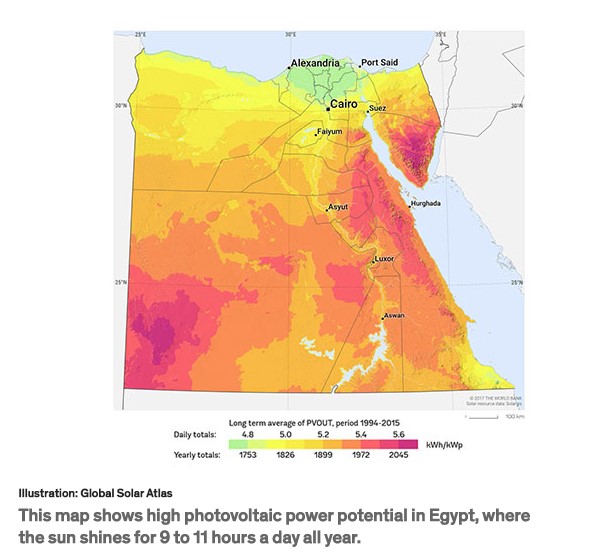 IFC secured the support of the World Bank Group, which helped to get a $3 billion loan. Investments are aimed at developing the country’s energy independence and further developing the economy. It is not only about improving social and economic indicators, but also about improving the ecology of the region. Fossil energy sources contribute to large-scale carbon dioxide emissions into the earth’s atmosphere. It significantly affects the ecology of the entire planet. The project will avoid millions of gas emissions. It is a significant indicator that will improve the environmental situation in the region.

The effect of building a power plant will be impressive. Imagine that more than 400,000 gasoline-powered cars will stop the emission of carcinogens into the atmosphere forever. This effect is remarkable. At the moment, more than ten thousand people are involved in the construction. After the commissioning of the power plant, the panels will serve about four thousand employees. It will help open up new jobs for Egyptians.

The local population also welcomed the construction of a power plant. If the region used to be subsidized, now thousands of people will get a permanent job. It means that the state will reduce social spending and receive new tax revenues to the treasury. The project will solve many environmental, economic, and social problems of the country. Renewable energy will become a further aspect of Egypt’s development over the coming decades.